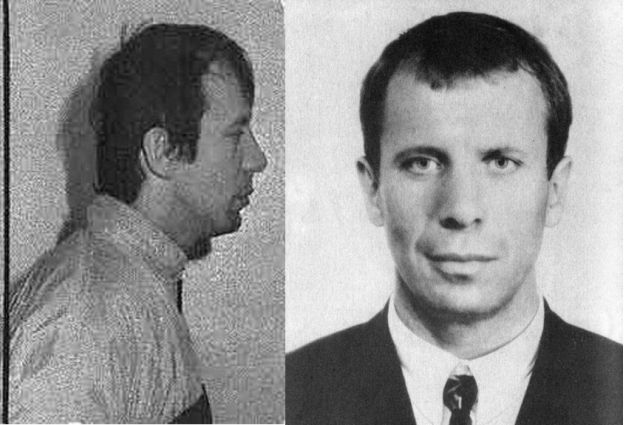 On the darkest pages of the “dashing 90s” Russians were reminded by the media mention of the name Sergey Timofeev, better known as Sylvester. The daughter of the leader of one of the bloodiest criminal groups claims that her father is alive.

According to Telegram-channel Mash, Timofeev's own daughter Karina Kharlamovaappealed to law enforcement agencies with a request to exhume the remains buried at the Khovansky cemetery of the capital in 1994. Kharlamova is convinced that another person was buried then, and her father still lives in Kazakhstan, in the city of Karaganda.

I must say that the version that Timofeev really could have avoided death has not appeared over the years once. But, firstly, no conclusive evidence was presented. And secondly, none of the conspiracy theorists had previously dared even stutter about the exhumation procedure.

Readers who still do not understand who they are talking about can be congratulated — you are lucky in life. In the early 1990s, any interaction with Sylvester or his henchmen could be fatal. The criminals acted with extreme cruelty, stopping at nothing to achieve their goals.

Dreams of a tractor driver

Timofeev's childhood did not portend future passions — a native of a village in the Novgorod region, he graduated from school, mastered the profession of a tractor driver, and served in the army. Like many others in the 1970s, after serving in the army, Timofeev decided to settle in Moscow. He got a job in the mechanization department, settling in the residential area of ​​Orekhovo-Borisovo.

Sergey was a physically strong guy who was fond of various sports in his school years. In the army, he began to closely engage in hand-to-hand combat and continued this hobby in the “civilian”, combining his usual work with the position of a sports instructor.

Timofeev was an ambitious man, striving for prosperity. During the Soviet period, he did not succeed in realizing these aspirations legally, so it is not surprising that he began to approach criminal elements.

Thanks to Comrade Gorbachev!

The cooperative movement, which flourished under Gorbachev, could not fail to attract the attention of criminal elements. Timofeev with his athletes at first provided power cover for petty street swindlers — “thimblers”. But a very quickly emerging criminal group switched to racketeering, “protection” prostitution, etc. According to the place of basing and historical formation of the “brigade”; began to be called «Orekhovskaya».

Sylvester resolutely moved forward. He had an extremely negative attitude towards ethnic criminal groups on the territory of Moscow and did not try to settle the conflict with them amicably. For example, he launched a real war with the Caucasians for control of the famous car market in the South Port.

Nevertheless, the USSR Ministry of Internal Affairs still retained its strength. In 1989, Timofeev was sent to prison for extortion. True, he received a very short term — 3 years, and already in 1991 “returned to service”.

From banks to Alla Pugacheva

The collapse of the USSR, chaos in the economy and in public administration were an ideal environment for criminals . Sylvester and his henchmen took on big things — under the control of the “Orekhovskaya” there were about three dozen banks.

He “roofed” financial pyramids, took control of the metal trade, got into the oil business. “Orekhovskiye” became one of the first groups to put on stream “laundering” criminal money.

Unlike other kings of the underworld Sylvester ignored the old thieves' traditions. He preferred to rely on former athletes, retired military and even former intelligence officers.

The head of the Orekhovskaya tried to take pop stars under his wing, including Alla Pugacheva, clashed with Boris Berezovsky himself, who narrowly escaped death at the hands of Sylvester's militants.

Timofeev was already preparing escape routes for himself, having married and received a passport an Israeli citizen.

That didn't stop him from continuing to act tough. In 1993,  during the struggle for control of the Arlekino club,  Sylvester organized the murder of crime boss Valery Dlugachnamed Globe. In 1994, during the conflict for control of the Tuapse oil refinery, Timofeev organized the murder of one of the most famous crime bosses in Russia of that time — Otari Kvantrishvili. On April 5, 1994, he was killed in Moscow with three shots from a small-caliber rifle while leaving the Krasnopresnensky baths.

Of course, Timofeev made a lot of enemies for himself. On September 13, 1994, on 3rd Tverskaya-Yamskaya Street, a Mercedes took off, in which Sylvester was.

The explosion and subsequent fire were so strong that the body was identified only by dental fillings and documents who survived the fire. The funeral took place at the Khovansky cemetery with a massive gathering of people. The death of Sylvester was the beginning of the end of the “Orekhovskaya” groupings.

Almost three decades have passed, but law enforcement agencies have not been able to reliably establish who dealt with Timofeev. He had a lot of enemies, but neither the customer nor the performers came into the view of the security forces. And this is one of the main reasons that gave rise to rumors that everything that happened was just staged.

Sylvester has not been seen anywhere over the years — in Vienna and Tambov, in Tel Aviv and Odessa & hellip; They assured that he deftly brought abroad the capital acquired by criminal activity and lives comfortably.

It cannot be said that there were no such cases. For example, Sylvester's henchman Sergei Butorindid fake his own death and went abroad. However, in 2001 he was arrested in Spain. The problem was that Butorin continued to lead the group, so to speak, remotely, and he was soon identified.

Ultimately, Butorin was handed over to Russia, and in 2011 he was sentenced to life imprisonment.

In the case of Sylvester, such objective “traces” his presence was not and is not. The first wife of Timofeev, having learned about the demand for exhumation, called it a fake, telling reporters that she had no doubt that her ex-husband died in 1994.

By the way, the creators of the Brigada series Sergei Timofeev was used as one of the prototypes of Sasha Bely. At the end of the series, the hero fakes his death in a blown up car.

A legend is a legend, albeit a criminal one. And even checking the grave is unlikely to reassure conspiracy theorists. But there is no romance in all this — only rivers of spilled blood.