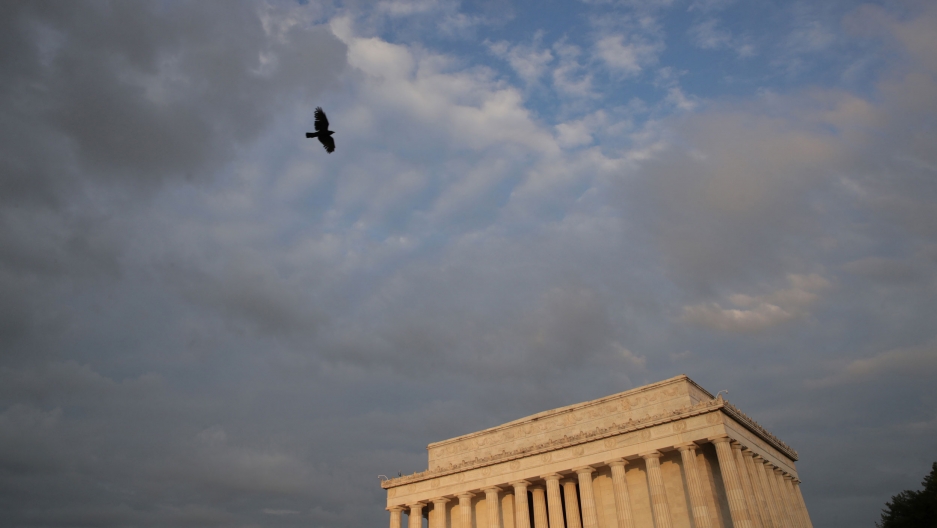 The sun rises on the Lincoln Memorial on Juneteenth — the day celebrating the emancipation of African American slaves more than a century and a half ago, in Washington, DC, June 19, 2020.

Today is Juneteenth, a 155-year-old holiday celebrating the emancipation of African Americans from slavery. This year, Juneteenth has taken new significance amid protests against systemic racism and police brutality in the US that sparked a global movement. Weeks of demonstrations and mounting demands to end police brutality and racial bias are expected to animate rallies today in cities across the US, but also Canada and elsewhere around the world.

Though it is not a federal holiday, Juneteenth is recognized in 47 US states and the District of Columbia as an official state holiday or observance. Texas became the first state to recognize the holiday in 1980. But many African American communities have been celebrating it since 1865.

Union dockworkers at nearly 30 ports along the West Coast planned to mark the occasion today by staging a one-day strike. But much of the focus of the annual observance will take place online — with lectures, discussion groups and virtual breakfasts — to help safeguard minority communities especially hard-hit by the pandemic.

Listen to The World today for a conversation with Mona Boyd, an African American who has spent the past 30 years living in Accra, Ghana, where she just returned from a Juneteenth celebration.

Also: ‘Willful amnesia’: How Africans forgot — and remembered — their role in the slave trade

Australia suggested today that China was the chief suspect in a number of cyberattacks on the Australian government. Prime Minister Scott Morrison said a “sophisticated state-based actor” had spent months trying to hack essential service providers and critical infrastructure operators and all levels of the government. China has dismissed the accusation.

From The WorldAnti-poverty program in Indonesia also helps save forests, study shows 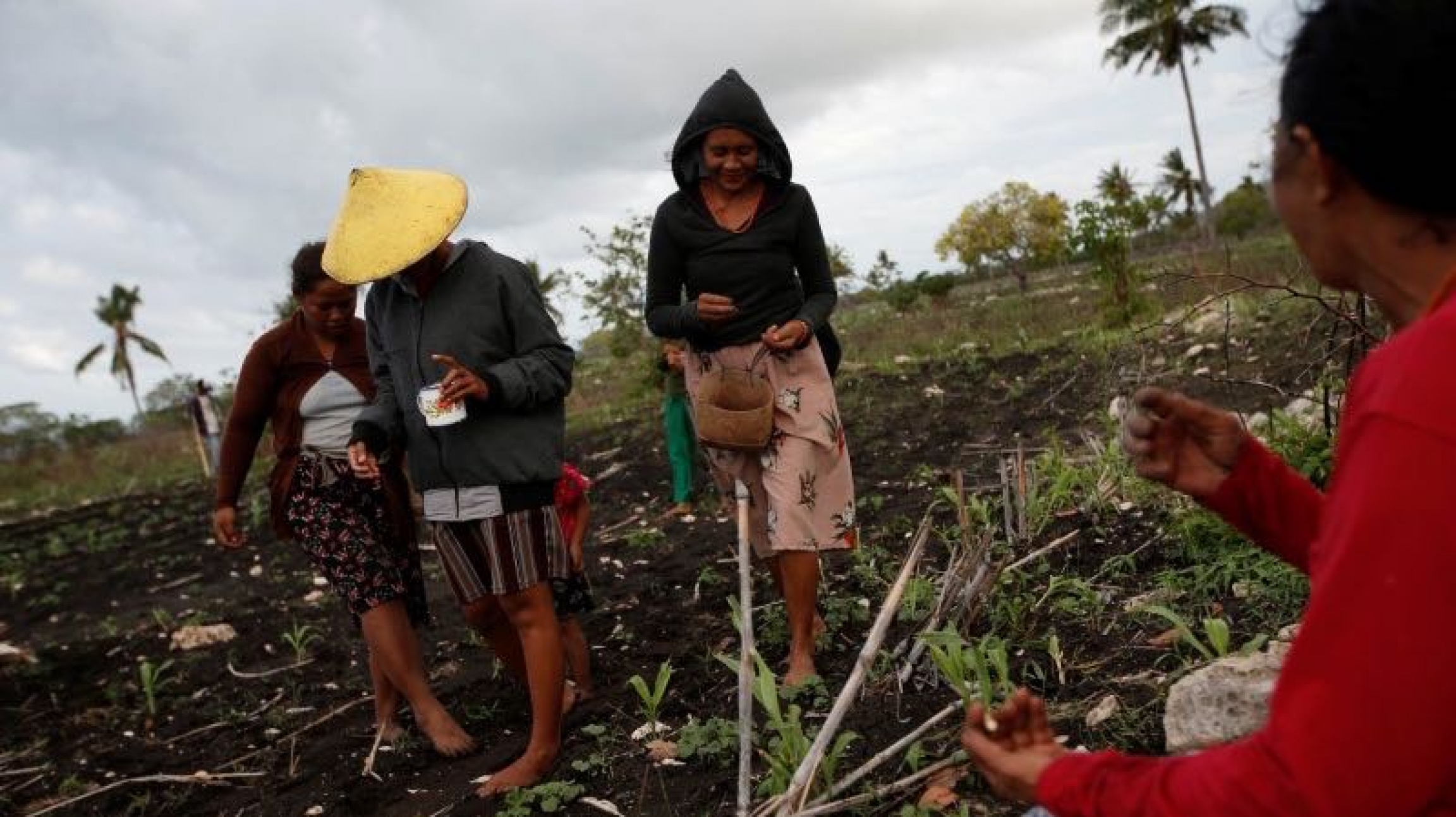 Helping Indonesia’s poorest people could save the nation’s forests, too, a new study shows. Indonesia is one of the most rapidly deforested places on Earth, and nearly 10% of the population lives below the poverty line.

These struggles are not separate, conflicting issues — but deeply intertwined — the study from Science Advances says. The study shows that where people received services from a national anti-poverty program, 30% fewer trees were cleared — and about half of the saved forests were old-growth.

Thursday’s much-anticipated ruling ended a yearslong legal battle around how the Trump administration ended Deferred Action for Childhood Arrivals and provides some relief to the more than 650,000 DACA recipients in the country. But advocates say there’s still a long road ahead in the fight for more permanent protections for DACA recipients.

Among the many celebrations today for Juneteenth, here’s something special from Yo-Yo Ma and Rhiannon Giddens.

There are so many stories made invisible: too-often-violent histories hidden beneath the surfaces of our cities, our institutions, our music. It’s our job to make them visible. I’m honored to mark #Juneteenth with a new song by @RhiannonGiddens. #blacklivesmatter #songsofchange pic.twitter.com/RraYnGiwzT 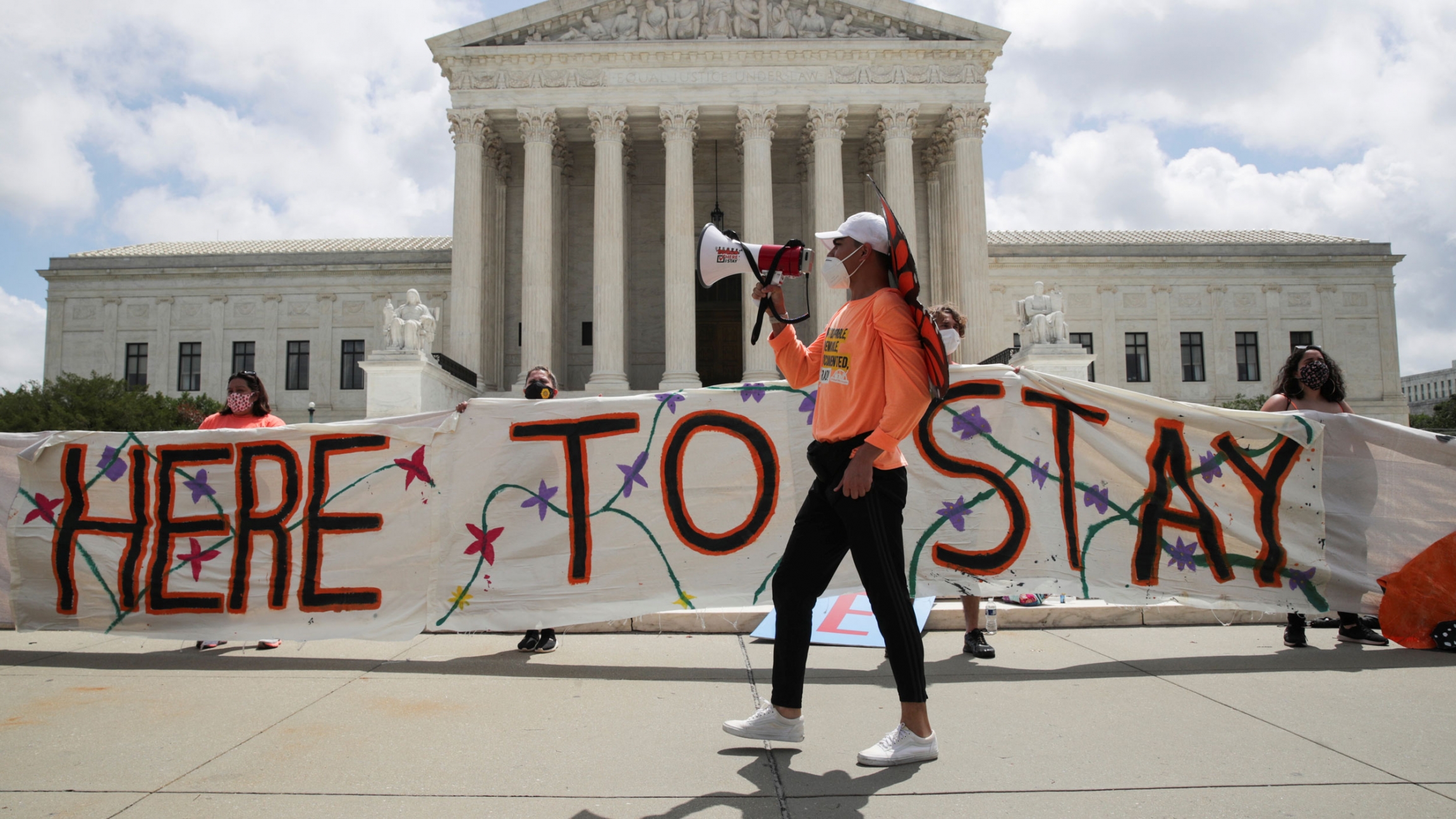 DACA recipients and their supporters celebrate outside the US Supreme Court after the court ruled in a 5-4 vote that President Donald Trump’s 2017 move to rescind the Deferred Action for Childhood Arrivals program was unlawful, in Washington, DC, June 18, 2020.

In a much-anticipated decision issued Thursday morning, the US Supreme Court ruled against the Trump administration’s attempt to cancel Deferred Action for Childhood Arrivals, or DACA. And, a new study shows how an anti-poverty program has an unexpected benefit when it comes to saving Indonesian forests. Also, farmers in China turned to livestreaming to sell off their produce during the coronavirus lockdown. It turns out the technique worked so well that some farmers are planning to continue with the online trend.